Skip to content
What You Don’t Know About Women’s Self Defense Could Hurt You, Part II 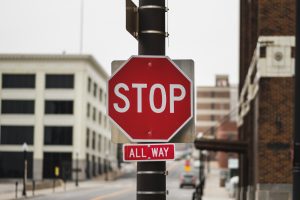 In business, we find our niche first and then create the product around that niche. In architecture, we build the building for what it has to do and the people who have to live or work in the structure. We don’t build a hospital the same way we build an apartment building or a library.

The very specific issues women face mean that, to increase our leverage, strength and skill in protecting ourselves, to reach the heights we need to reach to be safe in the world as it is now and to excel, women don’t just need a taller ladder than men do, we need wings.

Women have more room for movement, at least in the Western world than ever before and yet our view of how to teach self defense skills–even of what those skills should be–are lagging to say the least.

Following is my diatribe on things that are wrong with women’s self defense:

Martial arts, the origin of self-defense, was created by men out of ancient war arts often involving antiquated weapons and/or horseback, and handed down mostly unchanged over generations. Many so called self-defense styles have failed to evolve with the times. Self defense has been retrofitted in an effort to suit the needs of modern women, but really it was built for something entirely different.

Modern self-defense classes tend to spend a majority of time training for fair fights. When a man attacks a woman, it is rarely a fair fight. Fighting fair can put you at a fatal disadvantage. When Instructors do discuss or attempt to recreate unfair attacks, a number of things go wrong. They either spend a very small percentage of overall time on the complex issues, oversimplify the dangers, or extrapolate from their own situation and training and come up with answers based on the false premise of man-on-man violence or matched size violence.

Instructors also tend to focus on altercations between people who are facing one another, rather than one blind-siding the other or using charm or the element of surprise to get into position for a crime.

Today’s self-defense is often disconnected from everyday realities like kids, strollers, overwork, physical handicaps, sleep deprivation, age, illness, arthritis, depression, distraction, travel, traffic, pregnancy… life! For reasons such as school insurance coverage and convenience, self-defense is almost always practiced by people in comfortable clothing on smooth floors. No obstacles, no furniture, cars, wind, rain or darkness. All of these things must be part of your consciousness or it will be like learning to drive by playing a video game.

Due to the popularity of stunt-heavy Hollywood movies and sports martial arts, we often see a lot of cool creative moves I call fitness techniques that are more acrobatic than practical. These techniques might work for someone somewhere under very particular circumstances, but a self-defense technique you depend on to save your life should be like a good doctor… reliable as much of the time as possible.

Martial arts and self-defense classes are often more about following a leader than expanding our minds. And what could be safer than seeing and understanding more?

“If you ever find yourself in a martial arts class or a relationship of any kind where you are discouraged from thinking and asking questions, don’t just get annoyed, get out!”

Most people think kicking and punching are the main aspects of self defense. In general, modern self-defense is primarily concerned with the moment of the attack and neglects the Before and After. It leaves out all the things we can do that will diminish our presence on the criminal radar and neglects the aftermath, where stress can affect us adversely and cause us to make things worse. Self protection has more to do with good decision-making under stress than physical technique.

Self defense could be a vehicle for true empowerment. That’s a big word these days. We all want to feel empowered to be who we want to be and to take the world by storm. But how we do it is important and rarely addressed. Blind or reckless empowerment can get you in trouble if you think it means being assertive out of context. Not that plenty of people aren’t better off for having learned a few moves, but I think we can do a lot better. We love to hear about the grandma who fought off an attacker who tried to take her purse, but the fact is there are thousands of other versions of this story that went badly.

Ideally Women’s Self Defense would:

Have aspects of martial arts, but also psychology, sociology among other things.

Include the study of trickery, goal oriented and criminal behavior.

It would cover attacks the way they are most often perpetrated against women or whomever the class is meant to address. Men, women and children are attacked in different ways, under different circumstances.

Women’s self defense would be based in reality. It would take into account the kids, strollers physical handicaps, bad days and other things life is made up of.

It would be simple to perform and to remember. When your mind and body are under extreme stress they respond very differently than they do in a class under controlled circumstances. Time both slows down and speeds up. You freeze, you fail to hear someone right next to you calling your name, you drop things involuntarily. You’re unlikely to be able to remember, let alone execute, a series of intricate movements, even with years of practice.

It would involve strengthening muscles and improving coordination and range of motion so our bodies get stronger and work better. What point is self defense if you are your own worst enemy, daily grinding yourself into dust. For that matter self defense would include some discussion of general health and wellness

“A role model should never discourage us from forming ideas about our own protection.“

Safety training must encourage us to think for ourselves and to question everything. Instructors have the opportunity to be guides and roll models rather than disciplinarians.

Ideally training would instill a healthy form of empowerment so you can be a big dog in spite of your size. You shouldn’t feel you need to bark right away. You want the space and peace of mind to sit back, watch and evaluate before making your decision. This is the essence of true empowerment. Self-defense training should be a place women can draw strength from.

Safety training would include knowledge, tools and games women could pass on to their children, for obvious reasons.

Imagine a daughter who won’t give a good-looking but predatory guy a second look, or who won’t allow peer-pressure to cause her to drink or have sex when she doesn’t want to, or who will never accept a drink she didn’t see the bartender mix.

Imagine a son who has the decision-making skills not to do a favor for a friend that might get him into trouble; or who stands up for his female friends even if it might cause him to lose face with his peers; a son who sets standards rather than following dysfunctional ideals of manhood.

This level of knowledge would give us the means to practice daily in our heads or in small moments since we cant always get to a regular class. In other words self defense training would be scenario-based, so it isn’t dependent solely on practicing physical techniques, but on mental prowess and an understanding of situations, danger and how emergencies form. We need to cultivate the ability to extrapolate and learn from the mini dangers we experience every day.

Since worry and anxiety make us more susceptible to crime, self defense could supply us with anxiety mitigation tools. It could help us name our worries and fears, put them into context and then remove the unproductive ones from our daily plate. This also makes real dangers easier to identify when the worry noise isn’t so loud.

Effective self defense training would put preparation in an exulted position as part of a daily routine. Preparation for the day, contingency plans, CPR training, etc. can all be made part of basic knowledge and life training.

If the highest goal of self-defense is to learn to protect yourself and your family from violent crime and the threat of death or severe bodily harm, then clearly it should train and utilize mental skills above all else, since avoidance is always preferable to survival and healing after the fact. Staying out of trouble first, getting out of trouble only if all else fails.

Protective Offense, The New Self Defense?

Let’s take this concept of self defense even further and give it a new name. “Self defense” is how you describe to the judge why you had to hit that guy with your baseball bat. Let’s reserve it for legal matters. The “self” in self defense leaves out others we are responsible for and the word “defense” is too reactionary. What we want is something inclusive of the people who need us that is both more proactive and more powerful.

Protective Offense is the term I’ve been using for about ten years now-“Offense” with the emphasis on “Off”. When I hear Protective Offense, I think offense for the purpose of self-defense, “Offense” as in Chess or football, seeing and thinking a few moves ahead, projecting your desired outcome and being able to map a course and make changes on the fly, being aware of patterns.

Regardless, when I did TaeKwonDo, in my teens and twenties, I attracted more than one drunken doofus. As it turned out, what I really needed then wasn’t a stronger side kick, but a brain. (Actually, what I needed was for the guy not to be bothering me at all, but that goes more to a discussion of effecting culture which is taking a very long view.) Looking back, the guy who came at me in a club when I was 19 and wouldn’t let go, was pushy, not dangerous, and by kicking him I could have escalated the situation to something physical when I would have done better by keeping my emotions at bay, smiling, telling him I needed to go to the bathroom, and then disappearing. After I pointed him out to the bouncer.

“If strength were the only important resource we would all be out of luck. The bigger, stronger person would always win.

And that just isn’t the case. Things like instinct, determination, will to live and resourcefulness play a huge part in survival. In the wild smaller animals scare off and outsmart larger, stronger ones all the time!“

Dealing with crap is part of life and dealing with it physically is not usually the best way. Since women are rarely stronger than men it’s a good thing we have lots of other resources to draw on. We need to get back in touch with those skills and hone them.

Civilization supplies us with HGTV and heated seats, but an unfortunate side effect is that we put way too much responsibility on others for our safety and decision-making. Police, lawyers and doctors can all do their jobs better if we do our part to gain some tools of self reliance and learn to have our own backs and each others!