The Other
Vitamin C

The acceptance and understanding of conflict is as integral to our quest to be safer and raise savvy kids as vitamin C is essential to many cell functions, yet neither is naturally occurring, both must be sought. With a few psychological tools and some self-awareness we can begin to harness the energy in conflict and gain some control over where it takes us. 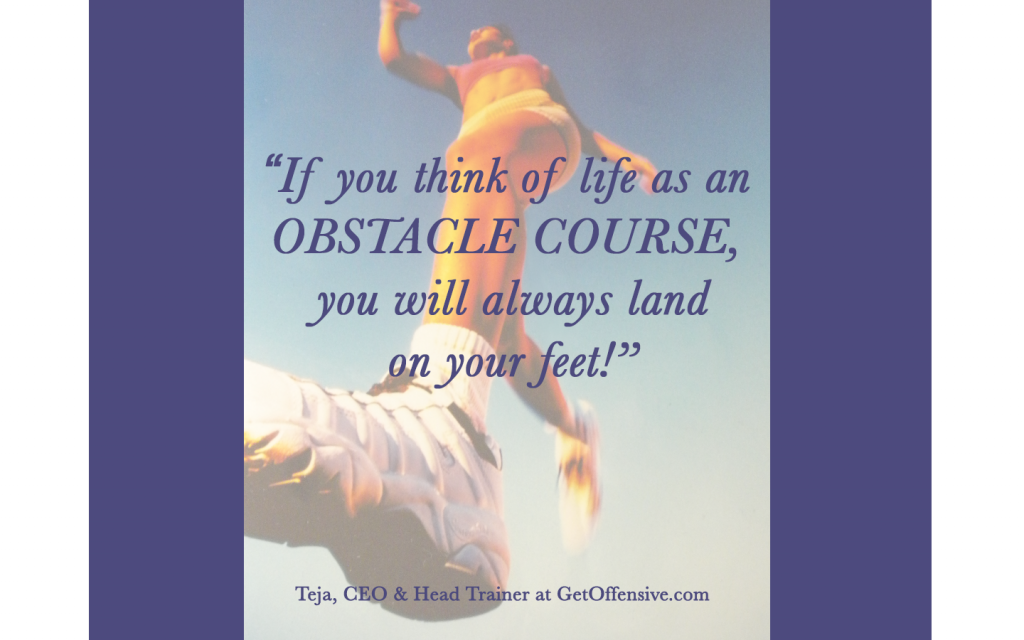 We dream of a life without conflict, but conflict is quintessential. Like oxygen it is ever-present, simultaneously building us up and breaking us down. Just the idea of conflict can cause our shoulders to tense, yet without it we lack challenge, lose connection to ourselves and others, and at least figuratively waste away. Conflict is a slippery, elusive creature, but by understanding our personal relationship to it and working with it rather than against it, we might find we can tame it. So much conflict is interwoven throughout life that if we could harness the energy we might single-handedly light up a small city or launch something into space; so much conflict is interwoven throughout life that our ability to manage it can dictate the quality of our lives.

Conflict comes in many forms, some of us are good with certain types and terrible with others. The same person who can pacify an angry boss may not be capable of doing the same with a frustrated toddler; a soldier who thrives in armed conflict may not be well versed in the verbal version. We tend to see all conflict as negative yet sometimes it forces us to reevaluate ourselves, get out of our comfort rut and take on new challenges. Every day somewhere, someone turns a near death experience into enlightenment–a non-profit, a book, or even a movement. They can do this because they have the capacity and the skills to overcome the initial event and to ride out the subsequent turbulence. Naturally this is easier said than done. Managing conflict can be particularly difficult for those who have suffered certain types of trauma; it can be a long, slow road for someone who feels safer avoiding conflict at all costs. Some conflict skills are innate, many can be learned, you can probably name them: self-awareness, empathy, creativity, patience, integrity, the ability to spot behavioral patterns and to take personal responsibility, among others.

The acceptance and understanding of conflict is as integral to our quest to be safer and raise savvy kids as vitamin C is essential to many cell functions, yet neither is naturally occurring, both must be sought. With a few psychological tools and some self-awareness we can begin to harness the energy in conflict and gain some control over where it takes us.

Observation is often the first step to learning new habits or changing behavior. We can begin our quest to master conflict by observing ourselves while we are in conflict and logging our responses. Ask yourself–do I wig out? Shut down? Walk away? Do I re-center and see the big picture? Do I reverse engineer and figure out how to arrive at a specific outcome? The way we react and respond when we feel under attack either physically or emotionally has a huge impact on our lives and our children are watching us closely for cues on how it’s done. Until you observe your habits under stress it will be difficult to affect them or to pass those skills on.

Reframing is a precision tool in conflict management. Framing refers to the picture we create out of the information we have, reframing refers to moving that frame around to see what else we can fit in the picture so we make better judgement calls. The triune brain theory hypothesizes that the basal ganglia, limbic system and prefrontal cortex are responsible respectively for fight or flight reactions, emotional responses and analytical thought. How we frame a situation affects what part of our brain we access: lizard, monkey or human. In other words, the story we create dictates whether we fight, run away, hide, deny, scream or think before we act.

Steven Covey talks about paradigm shifts in The Seven Habits of Highly Effective People. He describes being on a subway surrounded by a band of loud, unruly kids, their father sitting quietly by allowing the chaos to disrupt other people’s lives. Covey finally says something to the father and finds out the man’s wife–the children’s mother–has just passed away of an extended illness. The kids and the father are all exorcizing their shock in different ways. This realization causes Covey to reframe his annoyance and turn it to empathy.

It seems that the game of chess enhances critical and strategic thinking, pattern recognition and problem solving, so there is certainly no harm in playing or encouraging your kids to play. Though chess players are not automatically the best at interpersonal skills or even the most adept conflict managers, I do believe chess can be used to some extent as an analogy for life’s conflicts and as a tool for improving our ability to make choices by considering outcomes.

Conflict is a mythical Hydra, cut off one head, three more sprout. We may as well figure out how to deal with the monster to keep from being bitten too often. Practice slaying the Hydra by starting with the ORC–Observation, Reframing and Chess. And then teach your kids to slay those monsters as well.